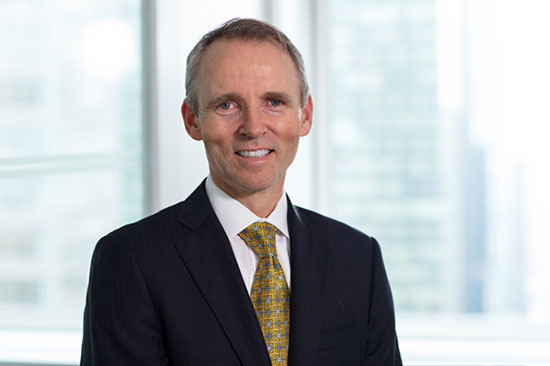 Reidar Brekke is a Partner at Brightstar and a Member of the Investment Committee. He currently serves as Board Chair of InfraServ US, Board Member of Novae and Observer to the Board of Oasis Technology & Engineering, all Brightstar Portfolio Companies.

Prior to joining Brightstar, Reidar was President of Intermodal Holdings LP, a provider of containers and portable storage solutions for both on land and maritime usage from 2012-2018. Prior to 2012, he held a number of senior roles including manager of Poten Capital Services, a strategic and financial advisory specializing in the logistics and maritime sectors. Prior to 2003, Reidar was CFO, then President and COO of SynchroNet Marine, a logistics service provider to the global container transportation industry, and held numerous senior positions with AMA Capital Partners LLC, a merchant bank.

Reidar served as an Advisor for the Norwegian Trade Commission in New York & Oslo, Norway, and a financial advisor in Norway. He has been an adjunct professor at Columbia University’s School of International and Public Affairs – Center for Energy, Marine Transportation and Public Policy and has served as an independent Director for Diana Containerships Inc. (DCIX) since June 2010 and Scorpio Tankers (STNG) since December 2016. Reidar represented Norway in the Eisenhower Trophy, a biennial world amateur team golf championship led by the International Golf Federation.

Reidar graduated from the New Mexico Military Institute and obtained an MBA from the University of Nevada, Reno.