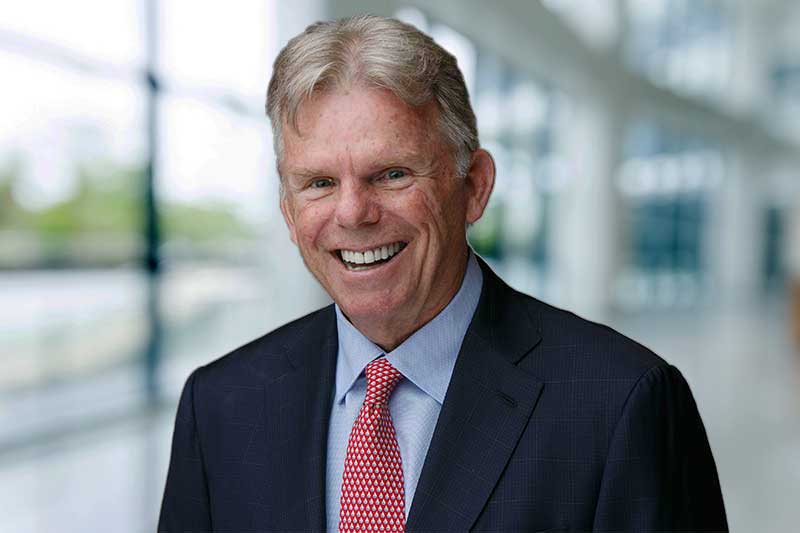 Tom Meredith is a Partner at Brightstar and a Member of the Investment Committee. He currently serves as Chair of the Board of ReMarkets and Vice Chair of Likewize, both Brightstar portfolio companies.

Prior to joining Brightstar, Tom was Vice Chair of the Board of Likewize which was sold to Softbank in 2014. He was a Co-founder and Chair of the Board of Managers of Meritage Capital, an investment management firm specializing in multi-manager hedge funds. Tom’s career spans over 35 years and includes extensive experience in corporate finance, manufacturing, finance operations, and global financial markets.

Prior to establishing Meritage in 2003, Tom served in various senior positions at Dell, including CFO, SVP of Business Development and Strategy, and Managing Director of Dell Ventures. Prior to joining Dell, he was VP and Treasurer for Sun Microsystems and Co-Founder and GM of Amdahl Capital Corporation.

Tom has received numerous accolades and awards including being named 2018 Harvey Penick Award Winner for Excellence in the Game of Life; 2012 Chamber of Commerce Austinite of the Year; recipient of the 2010 Austin Community Foundation Philanthropy Award for donors who have shown philanthropic leadership in Central Texas; the Torch of Liberty Award given by the ADL in 2006; Outstanding Philanthropist of the Year given by the Association of Professional Fundraisers in 2004; and an Honorary Alumni Award given by Leadership Austin in 2003. From 2009-2018 Tom served on the worldwide board of The Nature Conservancy.

Tom currently serves on the Advisory Boards of the LBJ School of Public Affairs as well as the Center for the Study of Race and Democracy at the University of Texas. He is an Emeritus Trustee of the University of Virginia College Foundation Board. Tom received his B.A. in political science from St. Francis University, a J.D. from Duquesne University and an LL.M. from Georgetown University Law Center.