What To Do About the Shift From Public to Private Markets 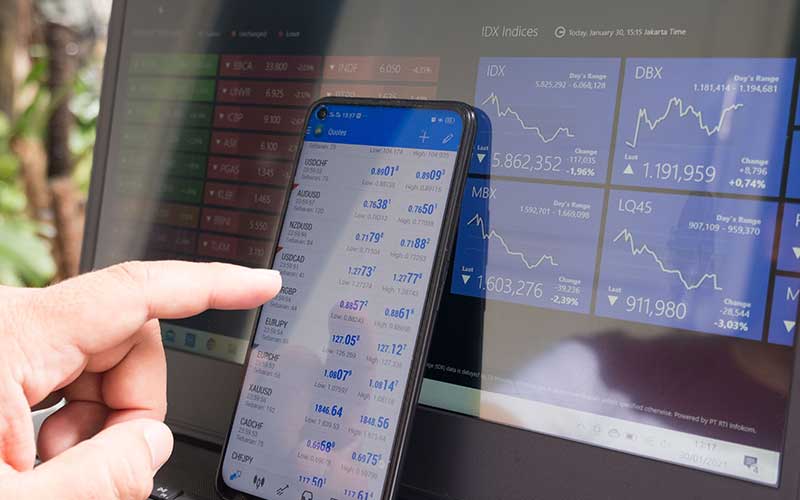 The number of domestic companies listed on US exchanges has declined by nearly 40% since 1996. Image: Marga Santoso on Unsplash

Throughout most of the 20th century, public capital markets have provided the fuel for tremendous economic growth, job creation, innovation and personal wealth-building. Access to a large, liquid pool of capital has enabled companies to finance their growth in a cost-effective manner, thus enabling management teams to invest in new products and technologies, create millions of jobs, and attain a company’s full potential.

The lure of an initial public offering, and the potential for future gains, has attracted employees to start-up ventures that otherwise might be starved for talent. And investing in publicly traded assets has been an exceptional source of wealth-accumulation for individuals and families, notably through their pension funds.

More recently, concerns have been raised that corporations and investors may be bypassing public markets in favour of raising funds via private equity, late-stage venture capital or direct lending. Consider that the number of domestic companies listed on US exchanges, which from a peak of some 7,500 in 1996 has since declined by nearly 40%, as shown below – precipitous, despite there being some signs of recently renewed growth.

The clear increase in market capitalization in recent years is driven by a relatively small subset of big firms in the technology space, further increasing concerns of concentration. Relatedly, private market assets under management globally (including private equity, venture capital, real estate, private debt and infrastructure) rose to $6.5 trillion in 2019, the highest level on record. 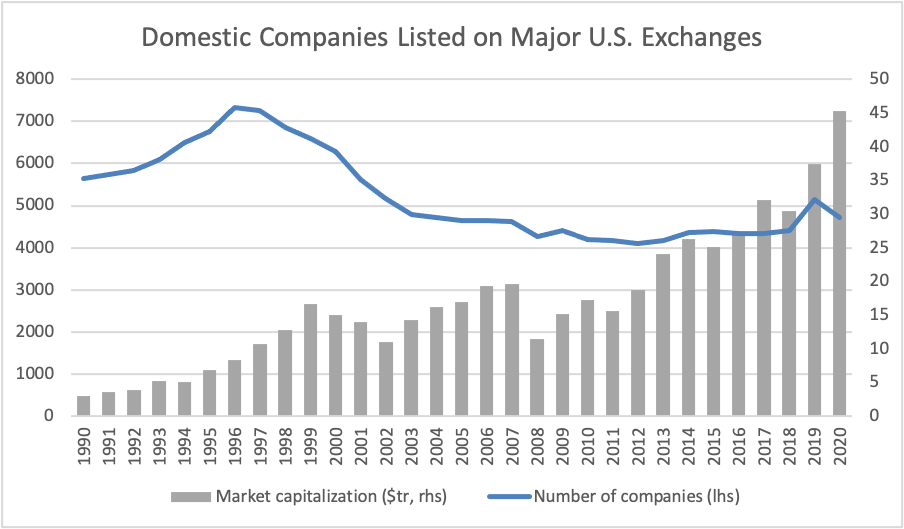 As a number of corporate leaders and academic experts have pointed out, if companies continue to raise money through private mechanisms, there are consequences for the democratization of capitalism and wealth creation. As the Global Future Council on Investing, we cannot ignore this important topic.

There are, to be sure, strong arguments in favour of private capital. It enables companies to finance their growth without the pressures of quarter-to-quarter “short termism” that can plague publicly traded companies. It also has been suggested that “agency costs” may be reduced for private companies, as the interests of managements and investors are closely aligned. However, a further contraction of public markets would entail some risks:

A new approach to private capital

The purpose of this post is not to suggest that public markets are inherently better than private markets, but rather that there are advantages to both types of capital. There are a number of possible solutions that can be explored to ensure that the benefits of public markets – such as investor access and transparency – are not completely lost for private markets.

From Ford and IBM, to Apple and Google, companies have looked to the public markets to fund innovation, growth and jobs – while investors have reaped the benefits of participating in public ownership. We do not believe public markets are going away. But we do think that private markets would be better for adopting some of the principles of inclusiveness, transparency and discipline that have long been qualities of the public markets.

This is part of a series authored by current and former members of the Global Future Council on Investing.